SHOW YOUR SUPPORT FOR THE PROPOSED 'ENDLESS SUMMER®’ LICENSE PLATE
​

​Be a part of California's surfing legacy and help support its future. 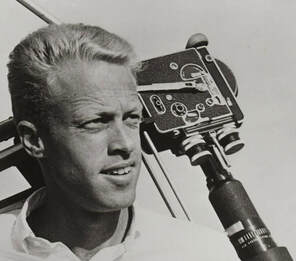 Bruce Brown, "surfing’s consummate filmmaker", is best known for The Endless Summer, and played a large role in what surfing is today. He was born in 1937 in San Francisco, California. When he was 10, he, along with his family, moved to Long Beach, where he quickly fell in love with surfing. Of course, it was a very different scene back then, and Bruce’s career would act as the original mold for the shape of modern day surfing. “....everyone surfs,” Brown told The Inertia in June. “Doctors, lawyers, Indian chiefs. It’s kind of like now it’s nothing to be ashamed of, but when I was a teenager you didn’t want to tell many people that you were a surfer… Surfing basically had a bad rap at the time, thanks to Hollywood. I thought, well, The Endless Summer will give it some dignity.’”
Endless Summer License Plate Endless Summer California license plate